Several years ago I was playing around with a Logitech C920 webcam using OpenCV on Linux.

Recently I decided I wanted to get the same basic functionality under windows with minimal effort, so looked into what it would take to get OpenCV running on windows. I was amazed to come across a YouTube video showing the use of vcpkg as a library package manager under windows that allowed downloading, building, and installing many common libraries quite easily.

I was nicely amazed at how it worked..  Issuing just a few commands in powershell I was able to quickly download and build both vcpkg and OpenCV.

The one thing that bothers me the most is that I now have used over 7GB of space on my local drive on my 256GB SSD. That estimate is according to a quick change directory into the vcpkg directory and running the command dir /s /w it returned:

My old program from Linux was able to run in my current Windows 10 environment with the only code change required being replacing the unix sleep() command with an appropriate windows command.

Here’s what the entire install process looked like in the shell: 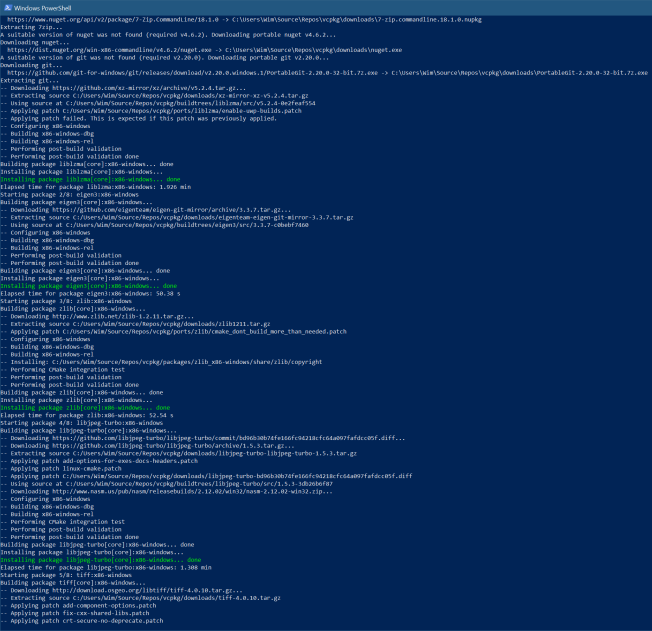 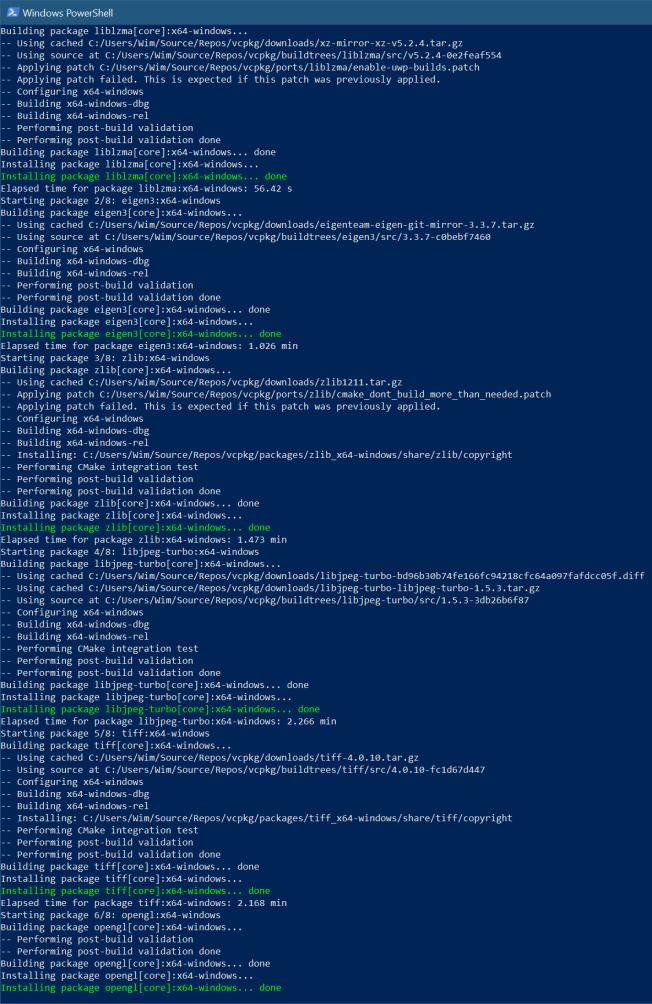